*ALL LECTURES PERFORMED IN NJ ARE $650 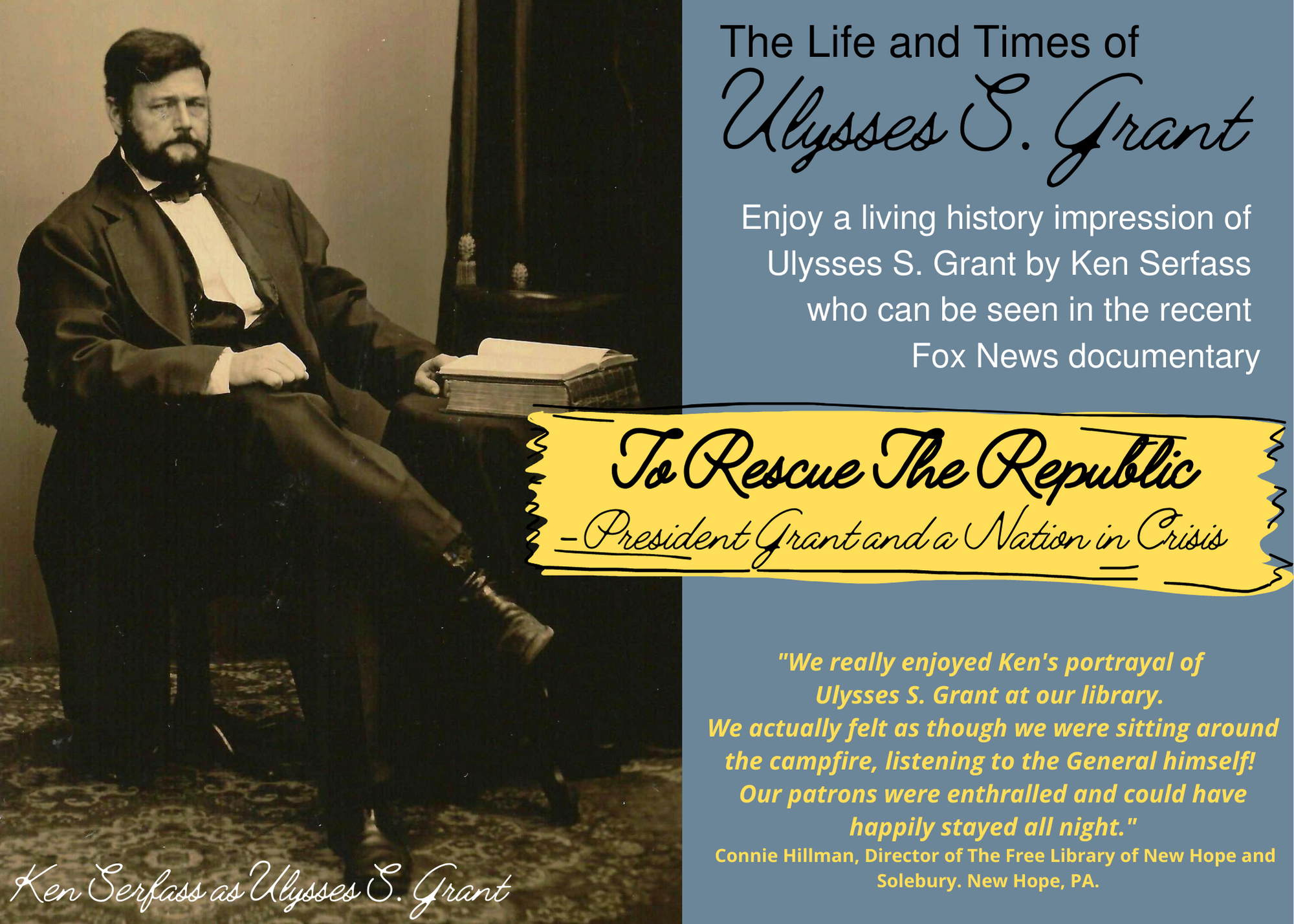 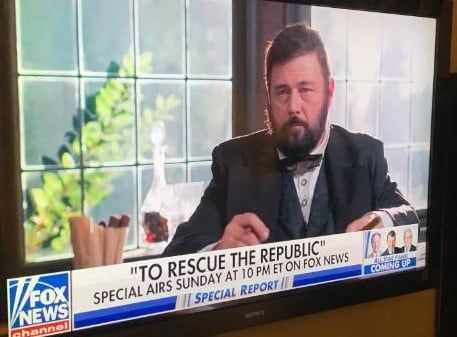 Watch The Battle of Shiloh - How the Civil War was Won in the West - Part II: Pittsburg Landing

A living history impression of US Grant, his early life to supreme commander through his presidency. Fully costumed, the lecture is 90 minutes in length and includes question and answer. You can personalize your lecture topic or select a topic from this list:

Lecture Topics 2023 and beyond

Greetings from Ken Serfass:  The goal of bringing US Grant to life is to present him as believably as possible, as he was as a person and not as any caricature of him to satisfy somebody's stereotypical notions of him. I do not play him for a joke and do not intend to cheapen his memory or disrespect his legacy. I welcome the fellowship of other US Grant impressionists who share this concept.

Biography - Ken Serfass:  A USMC Veteran and long time Civil War reenactor, Ken has been a student of US Grant all his life. He has appeared nationally on television, film and numerous speaking engagements. He offers a walking tour in Gettysburg set in 1867, when US Grant came to dedicate the orphanage, which gives insight to the fighting in town all three days. Offering in first person, Ken portrays the general for school visits, round table panels and other events which allow a better representation of the general's life, to restore his place as a top figure in our nation's history. Ken began this adventure in 2009 in San Diego CA, and now appears across the nation in the role of his personal hero nearly every day, either in Gettysburg or somewhere else that has asked to meet the general in person.

"We really enjoyed Ken's portrayal of Ulysses S. Grant at our library. Not only was he incredibly knowledgeable about his subject matter, but he had a wonderful way of channeling Grant into his presentation in a very relatable way. We actually felt as though we were sitting around the campfire, listening to the General himself! Our patrons were enthralled and could have happily stayed all night.

Connie Hillman, Director of The Free Library of New Hope and Solebury.

BRAVO! What a fascinating performance! Ken Serfass' portrayal of General Ulysses S. Grant was spot on!

My attendees, many Grant enthusiasts, were totally impressed by the depth of knowledge Ken possessed as well as his ability to educate, answers questions, and entertain all in such a personal manner. We all truly felt Grant was in the room with us! Thanks to Traveling Literary Theater for this fabulous experience.

"Ken Serfass gets so deeply immersed in his character the audience was really taken back to the 19th century.

It was a wonderful and unique experience having a presentation done completely in the first person and we all learned a lot of who Grant was and who he wasn't. One patron told me "It was the most amazing thing he has ever seen." 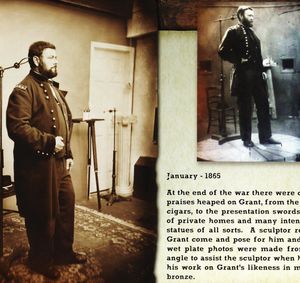 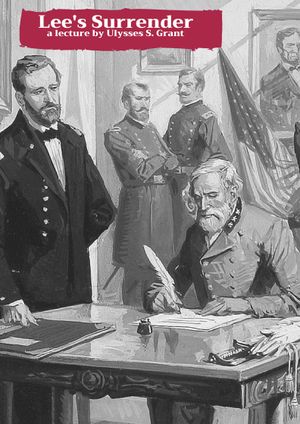 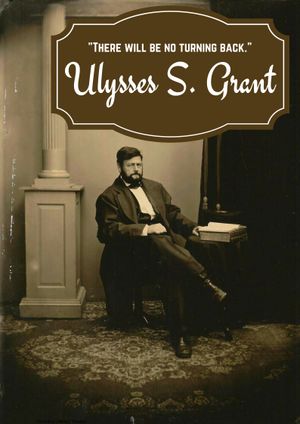 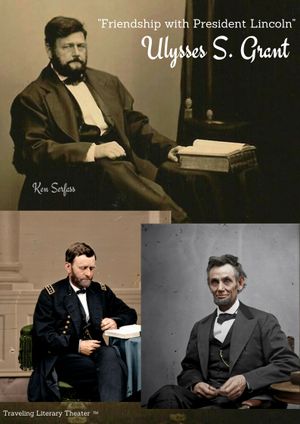 ARTICLES ABOUT KEN SERFASS AND HIS PORTRAYAL OF ULYSSES S. GRANT:

An Evening with Ulysses S. Grant

US GRANT IN LIVING HISTORY

LECTURE TOPICS - Any and all. Please call and a custom lecture can be designed for your audience.