Actors wear suit and tie for the readings. 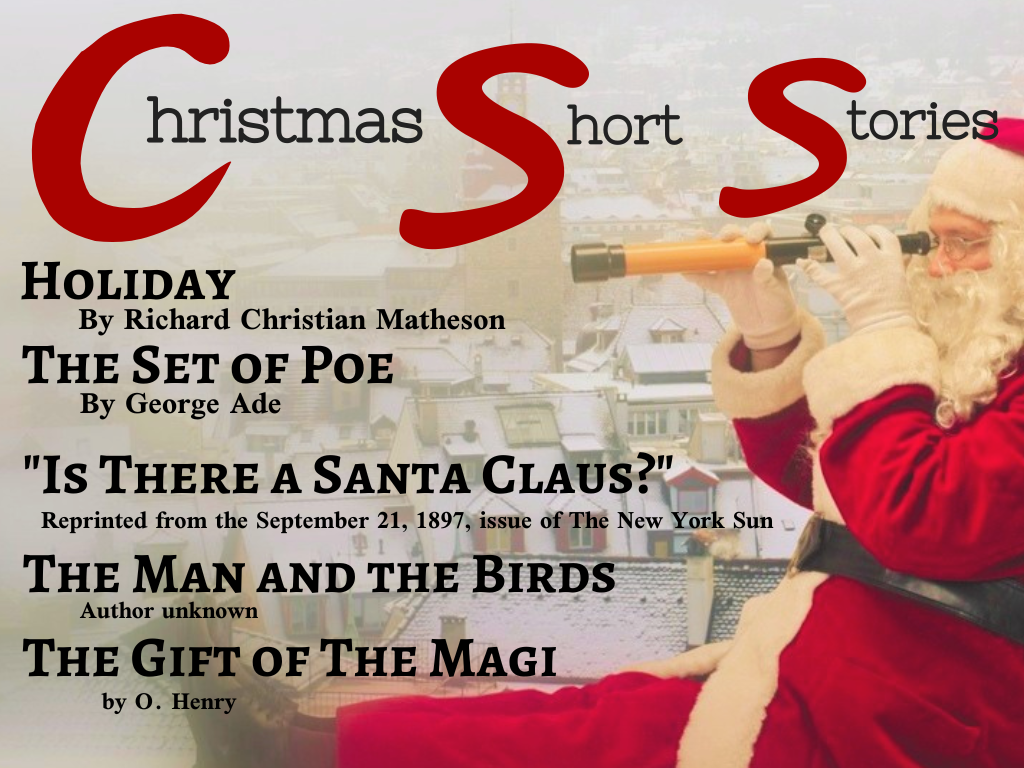 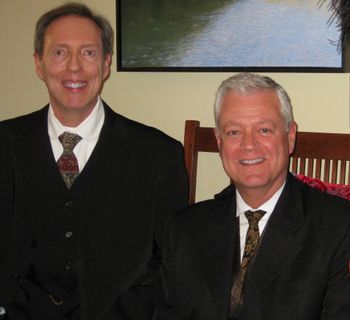 By Richard Christian Matheson, this story is set on a very hot beach in Bermuda. It’s a conversation between two adult strangers who chat about their lives while sipping lovely, cold drinks. There is magic in their meeting and a Christmas gift or two.

The Man and The Birds

The Set Of Poe

By George Ade, this short tale is a sweetly amusing salute to the subject of gift giving on Christmas morning. The dream of the protagonist’s life is to own a fine edition of the works of Poe. A noble goal, indeed.

Yes, Virginia, there is a Santa Claus

“Yes, Virginia, there is a Santa Claus” is a line from an editorial by Francis Pharcellus Church called “Is There a Santa Claus?” which appeared in The Sun on September 21, 1897, and became one of the most famous editorials ever published.

The Gift Of The Magi

By O. Henry first published in 1905. The story tells of a young husband and wife and how they deal with the challenge of buying secret Christmas gifts for each other with very little money.

1 hour in length, the actors are beautifully suited with a holiday splash of bright green and red accessory. Wonder tales that give a modern twist yet still enchant. Ah, the warm glow of the most wonderful time of the year found in three stories read beautifully by pros.